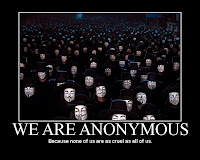 Beijing, Thursday, June 25, 2009 - It has, until now, been a one-sided fight. For years, the censors employed by the Chinese government have launched wave after wave of attacks against China’s vibrant online community, blocking access to websites, shutting down discussions and sending police to deal in person with those who get too chirpy online for Beijing’s liking.

The war on what are known as China’s “netizens” has escalated in recent months. First, it announced a sweeping crackdown on Internet pornography that also had the side benefit of shutting down websites better known for hosting dissident bloggers and lively political discussions. Popular sites such as YouTube, Blogspot and Wordpress were among the sites barred.

Earlier this month, the Chinese government moved to block Twitter, and all its edgy Tweeting about the 20th anniversary of the June 4, 1989 Tiananmen Square massacre.

The net result is infuriating. Often, I find myself swearing at the computer screen as attempts to do simple research are blocked by the net nannies. Even blogs about my beloved Edmonton Oilers often fall on the wrong side of the Great Firewall of China. Instead of gossip about this weekend’s NHL draft, all I get is the familiar notice: “The network link was interrupted while negotiating a connection. Please try again.”

Like many Internet-savvy Chinese, I can get around the blocks using a virtual private network. But many of China’s 298 million Internet users are believed to lack the know-how, or the funds, to circumnavigate the Great Firewall.

Pressing its case – and perhaps seeking to close the VPN loophole – Beijing recently announced that all personal computers sold in the country after July 1 would include a creepily named software package known as Green Dam Youth Escort that would spare the censors some work by blocking a lot of websites itself. Beijing has since backed down somewhat, but you get the sense that the relative freedoms many Chinese enjoy online is something the government will continue to craft ways to restrict.

This morning, the Chinese version of Google, google.cn, was blocked, again as part of the stated effort to crack down on Internet pornography. Google responded meekly by saying it would do what it could to comply with China’s new demands, which include that it prevent Chinese surfers from accessing foreign-based websites.

Others were not so willing to take the latest assault lying down. Within hours of the Google block, an angry cry dubbed the “2009 Declaration of the Anonymous Netizens” began circulating on the Chinese Internet.

Here it is, in a translation provided by www.shanghaiist.com . It you want to see the original page in Chinese, click here.

2009 Declaration of the Anonymous Netizens

To the Internet censors of China,

We are the Anonymous Netizens. We have seen your moves on the Internet. You have deprived your netizens of the freedom of speech. You have come to see technology as your mortal enemy. You have clouded and distorted the truth in collaboration with Party mouthpieces. You have hired commentators to create the "public opinion" you wanted to see. All these are etched into our collective memory. More recently, you forced the installation of Green Dam on the entire population and smothered Google with vicious slander. It is now clear as day: what you want is the complete control and censorship of the Internet. We hereby declare that we, the Anonymous Netizens, are going to launch our attack worldwide on your censorship system starting on July 1st, 2009.

For the freedom of the Internet, for the advancement of Internetization, and for our rights, we are going to acquaint your censorship machine with systematic sabotage and show you just how weak the claws of your censorship really are. We are going to mark you as the First Enemy of the Internet. This is not a single battle; it is but the beginning of a war. Play with your artificial public opinion to your heart's content, for you will soon be submerged in the sea of warring netizens. Your archaic means of propaganda, your epithets borrowed straight from the Cultural Revolution era, your utter ignorance of the Internet itself - these are the tolls of your death bell. You cannot evade us, for we are everywhere. Violence of the state cannot save you - for every one of us that falls, another ten rises. We are familiar with your intrigues. You label some of us as the "vicious few" and dismiss the rest of us as unknowing accomplices; that way you can divide and rule. Go ahead and do that. In fact, we encourage you to do that; the more accustomed you are to viewing your netizens this way, the deeper your self-deception.

You are trying in vain to halt the wheels of history. Even with your technocratic reinforcements, you will not understand the Internet in the foreseeable future. We congratulate you on your adherence to your Cultural-Revolution style conspiracy theories in your dealings with dissent; for we too get nostalgic at times. We toast to your attempts to erect a Great Wall among your netizens, for such epic folly adds spice to any historical narrative. Still, there's something we feel obliged to tell you.

NOBODY wants to topple your regime. We take no interest whatsoever in your archaic view of state power and your stale ideological teachings. You do not understand how your grand narrative dissipated in the face of Internetization. You do not understand why appealing to statism and nationalism no longer works. You cannot break free from your own ignorance of the Internet. Your regime is not our enemy. We are not affiliated in any way with any country or organization, and we are not waging this war on any country or organization, not even on you. YOU are waging this war on yourself. YOU are digging your own grave through corruption and antagonization. We are not interested in you, destined for the sewage of history. You cannot stop the Internetization of the human race. In fact, we won't bat an eyelid even if you decide to sever the transpacific information cables in order to obtain the total control you wanted. The harder you try to roll back history, the more you strain the already taut strings, and the more destructive their final release. You are accelerating your own fall. The sun of tomorrow does not shine on those who are fearing tomorrow itself.

Your beloved Edmonton Oilers? Man, you've been around the world. You are free! You don't have to love this team any longer (though it's sweet that you still do)!