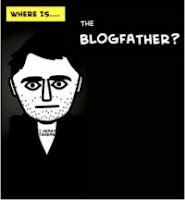 Terrible news. It's been confirmed that Hossein Derakhshan, the prolific and controversial Iranian-Canadian blogger who is known as the "Blogfather" of the Persian blogosphere has been arrested in Iran.

Making this even creepier (for me) is the news that Hossein's last public act was to join the "Road to Jerusalem" group that was following this blog via Facebook.

Most disturbing are the reports that Hossein was accused of spying for Israel. In Iran, that charge can often be a death sentence.

I met Hossein once, and yes it was in Jerusalem. But he walked the streets proudly wearing an "I Love Tehran" T-shirt (probably the first one ever worn in Israel) in an over-the-top effort to challenge stereotypes and tackle the misconceptions that exist in both Tel Aviv and Tehran.

Yes, he was a critic of Iranian President Mahmoud Ahmedinejad. Yes, he openly admired the Israel and the West. But he was also fiercely proud of his Iranian heritage, and called Iran the freest country in the Middle East after Israel. Though himself an atheist, he expressed admiration for Ayatollah Ruhollah Khomeini.

This man is no spy. If Iran wants to be anything close to the marvellous place Hossein Derakhshan always claimed it was, the government must release the Blogfather immediately.
Posted by markmac at 7:07 a.m.

Hi! I just wanted to let you know that I linked to your post on one of my blogs. I hope that's alright.

Of course, Muchacho. Hossein's case needs all the publicity it can get.