The prisoners of Kish Island 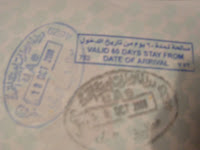 It turns out that, besides me, the only other obvious foreigners on Kish Island are some 1,000 Filipinos. I’m the only one pretending to holiday. The frustrated Filipinos have been trapped here for weeks on end by a change in visa rules in the United Arab Emirates, where they work.

The UAE’s impressive economic boom has been fuelled by a very dark side, the abuse and exploitation of foreign labourers, most of them from the Indian subcontinent and Southeast Asia. Many of the foreign workers never get official status in the UAE, but choose to stay illegally, knowing that the money they can earn in Dubai and Abu Dhabi – whatever the atrocious conditions – is far better than what they can earn back home. Most visitors to the UAE are given two-month tourist visas on landing, which theoretically prohibit work, but which can be simply renewed by leaving the UAE for a day.

Because of its visa-free status, and because it’s relatively cheap compared to the rest of the Persian Gulf, Kish was a favoured destination for employers looking to send workers on one-day “visa runs.” And when the UAE’s visa rules changed this summer – requiring one-month gaps between entries for travelers of certain nationalities – news didn’t trickle down until hundreds of Filipinos were already in Kish, suddenly prevented from returning to their jobs in the UAE.

They’re a bedraggled lot, lining up each day at the Kish Airlines office, begging for a rare seat on one of the 26-seat Fokker F-50s that jet between Dubai and Kish several times a day. Some tell wild stories about needing to pick up corpses in Dubai that will decompose if they don’t get embalmed within 24 hours. Others just plead with the ticket saleswoman, telling her they’re about to lose their livelihoods if they can’t get back to the UAE soon.

“I just need to get off this godforsaken island!” a nearly crying man with a Pakistani accent shouted before storming out of the office, ticketless.

For the record, the UAE is far from alone in the Arab world in its treatment of foreign workers. Human Rights Watch recently did a very thorough report on the conditions some labourers live in, naming and shaming Lebanon, Saudi Arabia and Morocco alongside the UAE as the worst abusers.
Posted by markmac at 6:20 p.m.

i've read lots of horror stories about this island...and i'm going there tomorrow! god help me...